Cellular Metabolism in Lymphocytes in ME/CFS

The profound fatigue experienced by patients with myalgic encephalomyelitis/chronic fatigue syndrome (ME/CFS) has led to the theory that energy metabolism may be dysregulated.
Discordant results have been obtained in prior studies of mitochondrial and metabolic function. 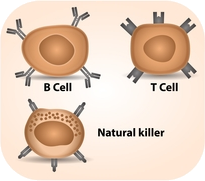 Differences in between various properties of lymphocytes in ME/CFS cases and controls have been documented, but the basis of the alterations is not understood. Lymphocytes require both glycolysis and oxidative phosphorylation to carry out their immune functions. Usage of these two primary pathways for energy generation is known to change between resting and activated cells in healthy individuals, and to differ between lymphocyte type. Impaired functioning or improper regulation of energy metabolism in lymphocytes could be either the cause or consequence of the unknown damage to cellular processes that occurs in ME/CFS. 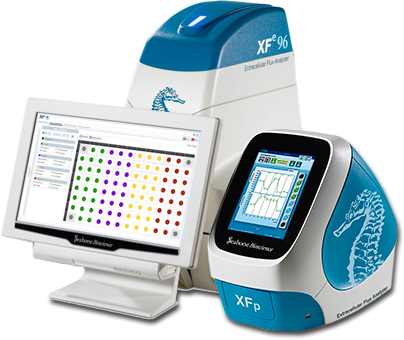 In order to investigate the efficiency and usage of glycolysis and mitochondrial respiration in ME/CFS immune cells, Maureen Hanson’s group will assay leukocytes from blood samples collected by Susan Levine, M.D. Three types of immune cell, B, T, and NK cells, will separated using a magnetic bead method and then analyzed with the use of an Agilent/Seahorse flux analyzer. This project is supported by an NIH NIAID exploratory grant, R21 AI117595. T cell expert Avery August is a consultant on this project.

These experiments will provide measures of basal respiration rate, maximal respiration rate, ATP synthesis rate, spare respiratory capacity, basal glycolysis rate, maximal glycolysis rate, and glycolytic reserve in immune cells before and after stimulation. This study should reveal whether some of the alterations in immune cell function in ME/CFS can be traced to abnormal metabolism. Detection of abnormalities in energy generation would also have implications for the basis of other symptoms of ME/CFS. 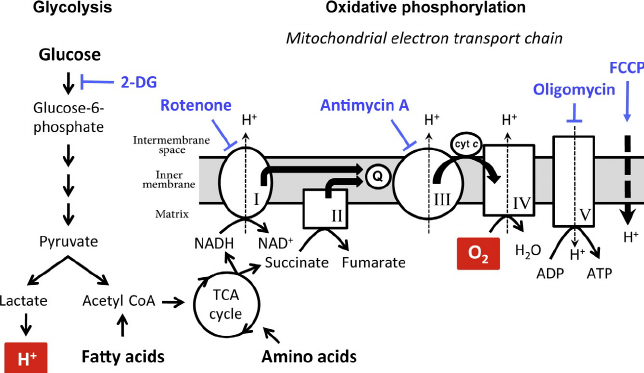 Metabolic Profiling of Plasma in ME/CFS

Metabolic networks have been examined in a number of diseases and have sometimes allowed early diagnosis and development of therapeutics. At the time the pilot project described below was initiated, some studies of metabolites in urine or blood of ME/CFS patients and controls had been performed. However, in most such studies, only a small number of metabolites were analyzed—for example, amino acids—because of the methodology or because of the study hypothesis. A pilot project was initiated at Cornell, using internal funds, to examine metabolites in plasma using a broad and non-targeted approach. After the study was submitted for publication, a larger study with promising results was published. 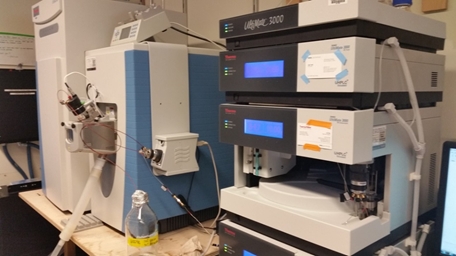 In the Cornell study, blood from a pilot female cohort of 15 controls and 17 patients was provided by Susan Levine, M.D. Polar metabolites were extracted from plasma according to procedures previously used by Dr. Jason Locasale for analysis of cancer cell metabolism. Metabolites from the subjects’ plasma samples were identified by Q-Exactive Mass Spectrometry. Statistical analysis of differences in metabolite levels between patients and controls was performed in collaboration with Dr. David Ruppert. Pathway analysis was also performed to identify dysregulated metabolic pathways.

At this writing, the Cornell study is still under review at a journal. However, like the Naviaux et al. study, metabolite levels indicate a hypometabolic state in ME/CFS patients. 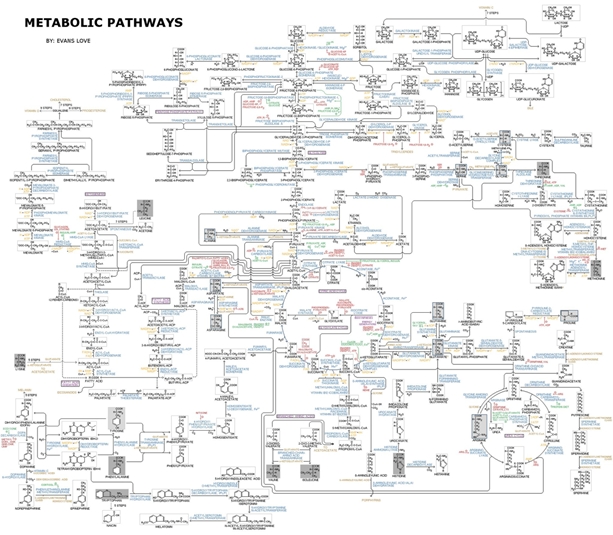 The Cornell Center is currently seeking funds to carry out a larger study in collaboration with Dr. Frank Schroeder in the Cornell Chemistry Department and Boyce Thompson Institute, as Dr. Locasale has relocated to a Cancer Center at Duke University. Dr. Schroeder was recently selected to be a Howard Hughes Medical Institute Faculty Scholar for his work on “small molecules in the roundworm Caenorhabditis elegans, which promises to improve our understanding of the chemical signaling processes that govern aging and may have a transformative effect on drug development."

Partnership Project with the SolveME/CFS Initiative and Metabolon

to analyze plasma samples from subjects in the prior gut microbiome study who agreed to allow additional analyses of their blood samples.  Dr. Susan Levine selected the patients and healthy controls for the original study.

Metabolon provides metabolomics services to identify and quantify over 1000 metabolites, including amino acids, sugars, lipids, nucleotides, energy-related molecules, cofactors, and vitamins.
By analyzing plasma from the same individuals for which there are exisiting gut microbiome profiles, it will be possible to perform statistical analysis to search for any correlations between particular bacterial taxonomic groups and metabolite concentrations.  Other correlations can also be tested, for example, metabolite profiles with disease severity, age, gender, levels of lipopolysaccharide (LPS), LPS-binding protein, and the sCD14 receptor.  Metabolite profiling will also point to biochemical pathways that are affected in ME/CFS.